Back to the blog
Post date: 26th August 2020
Written by: The Visit Southampton Team

Jane Austen is arguably one of the most famous authors from the UK. With strong connections to the south of England, and in particular Hampshire, many people don’t know that Jane visited Southampton several times (first as a 7-year old schoolgirl) and spent a few of years living in the city. 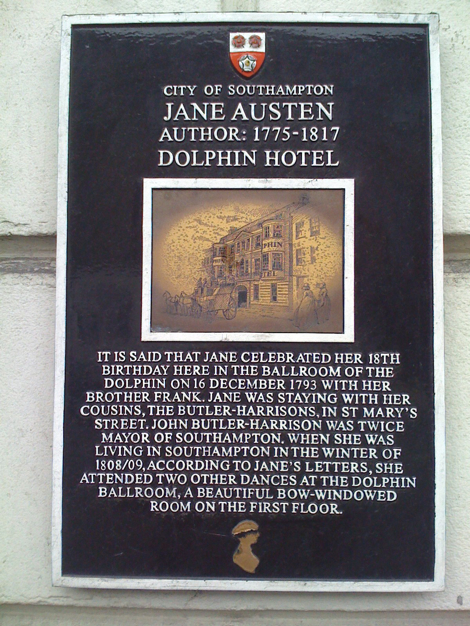 A notable haunt of Jane’s and a location that can still be visited to this day is the Mecure Dolphin Hotel, Southampton’s oldest hotel. It is claimed that Jane celebrated her 18th birthday at a dance at the hotel in 1793 and to this day there’s a function room named in her honour. The ballroom, with its magnificent bay window is located on the first floor.

During her time in Southampton, Jane lived at 2 Castle Square in a house rented to the family by the Marquis of Lansdowne. The house backed onto the Town Walls and offered from there extensive views towards the New Forest across Southampton Water. On this spot today, stands The Juniper Berry public house.

Whilst living in Southampton, Jane regularly attended All Saints Church, which was located on the corner of the High Street and East Street, although unfortunately the church was heavily bombed during the Second World War and was subsequently demolished.

It is claimed that Jane enjoyed walking to nearby Netley Abbey and was drawn by the site’s gothic ruins and that she often walked to what was the Spa Gardens site at Arundel Gardens (now one of the entrances to Westquay shopping centre). Another regular haunt of the Austen family was The Long Rooms and Hot Baths, where dances were held four times a week (this is where you can now find the Quays Swimming and Diving Complex).

Walk around our historic city centre and you may come across some of the plaques that have been erected to highlight some of the spots that Jane frequented during her time here. There’s a Jane Austen Heritage Trail which you can download from the Merchant’s House website which highlights some of the key points along the way and gives you a bit more detailed history of the sites featured. 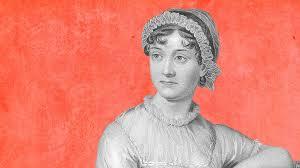 If you’re visiting Southampton for a few days or more, it makes an easy day trip to visit Jane Austen’s house in Chawton, where Jane moved after living in our city (approximately 40 miles away). There’s also Winchester Cathedral, where Jane is buried (approximately 13 miles).

If you are passionate about all things Jane Austen then you can even study for an MA in Jane Austen at the University of Southampton!

Southampton Connections, brought to you by toob, is a series of blogs exploring historical and celebrity connections with the city. toob is Southampton’s broadband partner, investing £50million into an all new full-fibre network in the city. Read more about toob here.

Coco and the Butterfields

Coco and the Butterfields

Definitely Oasis are regarded by many promoters and Oasis fans alike as the best one there is. <br /><br />With Oasis currently not together, Definitely Oasis do an amazing job of keeping the music alive and set the bar high by re-creating the look, sound and feel of an Oasis gig. They're also the only Oasis tribute band in the world to have Liam and Noel Gallagher soundalikes that look and sound as close to the real deal as you can get <br /><br />In only a few years the band has gone from playing small pub gigs to selling out shows across the country in city's like London, Manchester, Glasgow & Newcastle including playing a sold-out Barrowlands, a venue where the real Oasis played some of arguably some of their finest gigs. <br />