The St James’ Way is one of the UK legs of the world-renowned pilgrimage route, the Camino de Santiago. It is designed for modern-day pilgrims and walkers interested in retracing the historic pilgrim route and can be walked in stages or over five days. The route links to the ‘Camino Ingles’, the final part of the pilgrim route in north-west Spain and one of the main seven official Camino de Santiago routes.

The route is approximately 68.5 miles/110 kilometres long and has been designed for pilgrims who wish to walk from Reading Abbey, the centre of the cult of St James in England in the Middle Ages, to the port of Southampton, from where pilgrims may have sailed to France or Spain on their way to the shrine of St James at Santiago de Compostela in north-west Spain.

The route is based on the Roman road from Silchester via Basingstoke to Winchester and goes through beautiful parts of the country, following rivers, canals, churches, and riverside pubs as well as historic sites.

How does the Pilgrimage work? 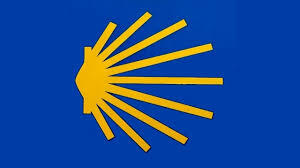 The route has been waymarked by the Confraternity of St James (CSJ) with dark blue waymarkers, yellow arrows and a scallop shell – the symbol of St. James used on the Camino de Santiago. These markers will help pilgrims, walkers, and families who set out along the route to enjoy their experience and keep on track. 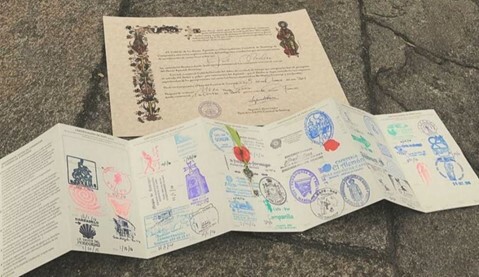 Before you begin at the starting point in Reading you must obtain your Pilgrim Passport which serves two main functions:

You can find out to get your Pilgrim Passport here. You can also obtain one at the Reading Museum.

Along the St James’ Way, pilgrim stamps are available at the departure and end points as well as churches and 13 pubs en route. Pubs in Southampton where you can collect a stamp include The Junction Inn and The Duke of Wellington where you can also get 20% off food with your

God’s House Tower in Southampton is the end location of the UK route and will award a new certificate to anyone who presents a completed passport with stamps collected while walking the St. James’ Way from Reading.

The Pilgrim Register can be manually completed at the Reception inside God’s House Tower (open Fri to Sat, 10am – 5pm, and Sun 10am – 4pm). 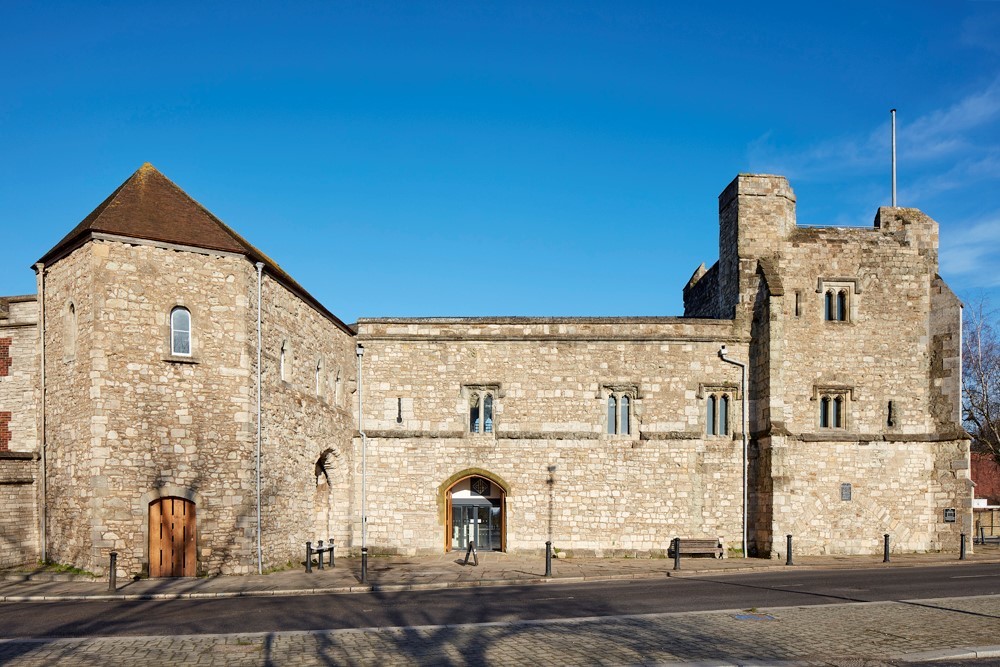 The tradition of pilgrimage dates back to the gift by King Henry I of the ‘Hand of St James the Apostle’ to Reading Abbey in the 12th century, inspiring a four century-long tradition of pilgrimage to see the relic and to continue the journey to Santiago. In modern times, the Camino de Santiago pilgrimage route in Spain is one of the most travelled long-distance walking routes in the world with over 350,000 pilgrims a year taking a variety of routes to Santiago from different parts of Europe and beyond. The St James’ Way provides an accessible route for walkers and pilgrims to experience a UK-leg of the route before completing the route in Spain.

Destinations along the St James Way

Pottery painting fun on a wide-range of ceramics for all ages.