On the 2 April 1982, Argentine forces invaded the British overseas territory of the Falkland Islands, sparking one of the largest major conflicts since WW2.

Lasting 74 days, the Falklands War was the first military action since the Second World War that utilised all elements of the Armed Forces, with 255 British personnel losing their lives.

Argentine forces surrendered on the evening of 14 June 1982, with the Royal Marines of 40 Commando raising the British flag on West Falkland to mark the end of the conflict. 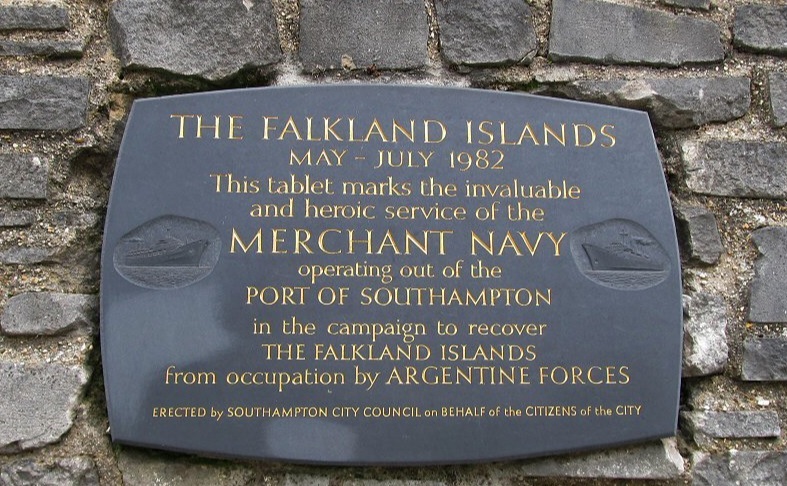 The port of Southampton played a key role in supporting the task force as it sailed to the South Atlantic.

Ocean liners SS Canberra and Queen Elizabeth II were requisitioned by the government and set sail from Southampton.

Activities will take place in Southampton to commemorate the 40th Anniversary of the Falklands War.

The plaque opposite is located within Holyrood Church, Southampton 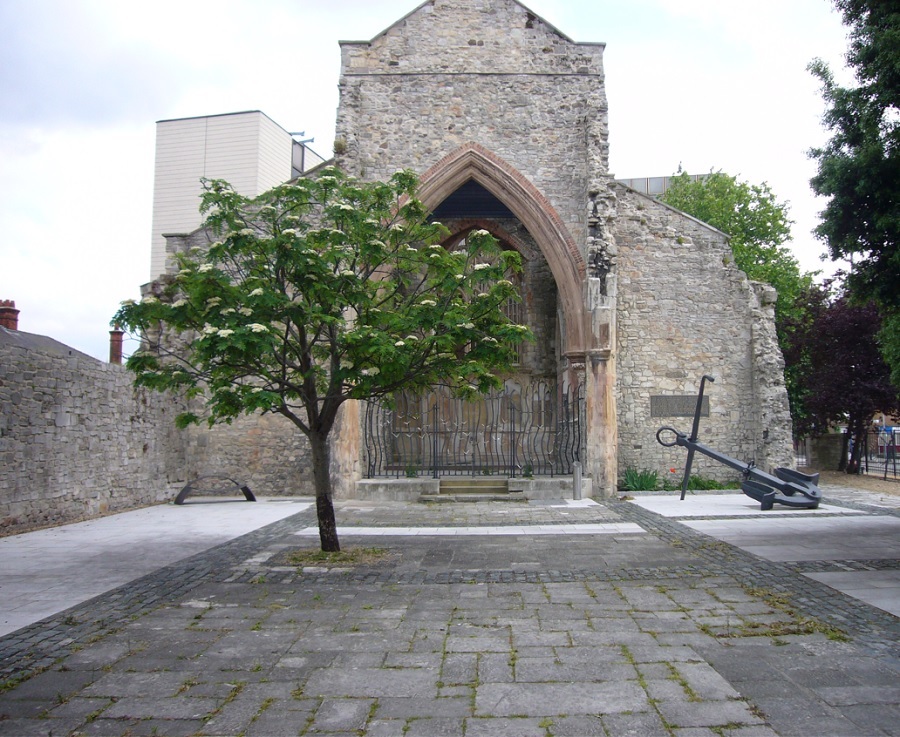 On Tuesday 14 June a commemorative service will take place at 11am, Holyrood Church, High Street, Southampton.

This will be conducted by the Right Reverend Debbie Sellin, Bishop of Southampton and Reverend John Attenborough, Port Chaplain, (The Mission to Seafarers in Southampton), with music by  Cantores Michaelis.
It will be attended by veterans, representatives from the 17 Port & Maritime Regiment RLC and invited dignitaries.

Weather permitting, a Chinook helicopter from 18(B) Squadron, RAF Odiham will fly over Holyrood Church at 11am before the service begins.

Spaces within Holyrood Church are limited and public attendance inside will be restricted.  The service may be viewed and heard from the pavements surrounding the church.

Please note temporary road closures will be in place to facilitate the parade.

More information on the history of Holyrood Church 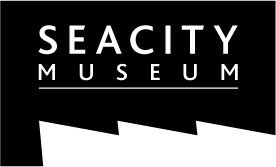 The exhibition in Southampton Stories in SeaCity Museum opened on 2 April 2022.

The display shows images of the liners QE2 and Canberra which were converted for use as troop carriers.

It also includes six paintings related to the conflict by former President of the Society of Marine Artists, David Cobb.
The paintings were recently donated to the City Council’s Maritime & Local History collection in memory of Commander David Joel RN, who was the Naval Liaison Officer in Southampton during the Falklands War. The paintings were owned by Joel and donated by his wife after he died.

The national commemorative event takes place at the National Memorial Arboretum, Staffordshire on Tuesday 14 June to mark 40 years since the end of the conflict. The ceremony will have a live link to the Falkland Islands.

Centred around the Armed Forces Memorial, this event will be structured around key moments in the conflict and bring together the experiences of veterans of the conflict from across all three of the Armed Services, as well as those Merchant Mariners, Dock Workers and other civilians that played a pivotal role in supporting the Task Force.

You can watch the event live on the Royal British Legion's website or their Facebook from 2.45pm.
Find out more here

Information about the Falklands War

On May 1, British special forces landed on West and East Falkland to reconnoitre landing sites while the RAF and the Fleet Air Arm attacked Port Stanley airfield, destroying four Argentinean aircraft but failing to shut down the runway.

A day later the Royal Navy submarine Conqueror sank the Argentinean cruiser General Belgrano, with the loss of 323 lives, leading Admiral Jorge Anaya to order his ships back to port.

The decision to sink the Belgrano caused much controversy, but there was little doubt her Exocet missiles were a threat to the British task force much of which was already in the region.

The threat from the missiles was confirmed two days later on May 4, when the British destroyer Sheffield was hit in “bomb alley” south-east of the Falklands with the loss of 20 lives. She was the first Royal Navy ship lost in action since 1945.

Early on May 21, British troops landed virtually unopposed to form the main bridgehead at San Carlos on the western coast of East Falkland.

Three days later the Argentineans enjoyed another short-lived success when the destroyer Coventry, hit by three bombs, capsized and sank with the loss of 19 of her crew while the roll-on roll-off ferry the ‘Atlantic Conveyor' was sunk by a missile, the first British merchant ship to be lost in conflict since 1945.

On May 26, two Para set off to the south to mount a surprise attack on Darwin and Goose Green and the next day 3 Para and 45 Commando headed east towards Port Stanley.

The last Argentinean success of the conflict came on June 8 when the landing ships Sir Galahad and Sir Tristram were attacked by Argentine aircraft at Bluff Cove, killing 48, both members of the Welsh Guards who were being landed to join the battle for Stanley and the royal Fleet Auxiliary crew.

With the Scots and Welsh Guards now joining the force, having been taken to the Falkland Islands on the requisitioned QE2, a substantial British force of 8,000 men was now lined up against the Argentineans. The first phase of the assault on Stanley began on June 11, with 45 Commando attacking Two Sisters and 42 Commando capturing Mount Harriet and Goat Ridge.

The second phase of the assault followed on June 14 with the Gurkhas taking Mount William and 2 Para attacking Wireless Ridge backed up by heavy shelling from their own artillery and naval guns. But the fiercest hand to hand fighting came on Tumbledown, taken by the Scots Guards with the loss of seven men and 30 Argentineans killed.

More information can be found from -

Hares of Hampshire is a spectacular public art event that will bound...

Subscribe to our newsletter for updates on all things Southampton!

Thank you! You will receive an email to confirm your subscription.

Thank you!
You will receive an email to confirm your subscription.