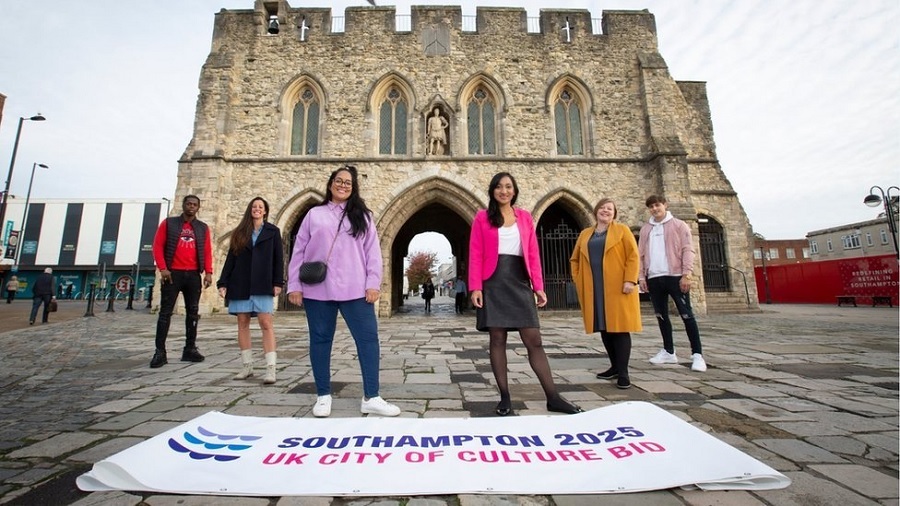 Southampton is bidding to become UK City of Culture 2025.

This is a huge opportunity for the city to celebrate the wealth of cultural activity already taking place, showcase the city’s diversity and use these to address some of the challenges the city is facing.

This is about celebrating what this city has and using the journey to achieve our ambitions as a city.

From the walls, to the water and the welcome visitors receive, Southampton has what it takes. 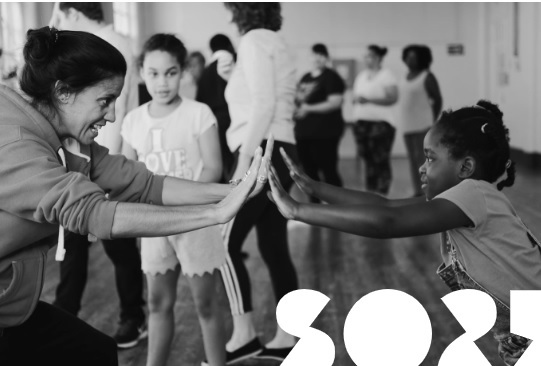 We are a city of culture, and a city that just gets on with it.

Over the years we have rolled up our sleeves and got stuff done, but now is our time to shout about our great city and all that happens here.

To be successful the bid needs to reflect the people of the city. The bid team will be looking to involve everyone across Southampton in shaping what will be submitted to the Department of Digital, Culture, Media and Sports next year. It is really important that the process of creating the bid is collaborative and truly reflects the diversity and values of Southampton’s people.

The competition, which is run every four years, brings great benefits to the winning city.
Southampton can expect an increase in tourism, as well as a boost in investment throughout the city. Leading to a happier and healthier city.
When Hull was UK City of Culture in 2017 it added £300 million to their tourism market and up to £17 million gross value added to their local economy. Southampton’s UK City of Culture 2025 bid, if successful, will be forward thinking and look to deliver similarly substantial economic impacts.

The Southampton 2025 team will be asking everyone some initial questions to help start the process of learning what the city needs and identifying where the gaps may be. They want to hear from community and cultural groups, artists, sportspeople, skateboarders, musicians, students, schools and colleges, restaurateurs, businesses, dance and theatre groups, historical societies, and many more besides. Until the city understands the full diverse mix of needs and activities, it cannot start to really knit together themes and programmes that will become the city’s bid to be UK City of Culture 2025.

So please look out for the Southampton 2025 surveys, social media polls and invites to join in focus groups. Only by speaking to as many people as possible can the team truly build up a picture of the whole. We have some great people that believe and are backing our bid - to find out more visit Southampton 2025 and follow on Twitter, Instagram and Facebook @Southampton2025.

Quotes from our ambassadors

We have three wonderful ambassadors already supporting the bid; Craig David, Lawrie McMenemy MBE and Shelina Permalloo, and will be welcoming more in the future.

Born and bred in Southampton, Craig David rose to fame in the late nineties, with his debut album "Born To Do It" based around his experiences growing up in Southampton.

"I am proud to be an ambassador for Southampton in the bid to become UK City of Culture 2025. I am passionate about our city.
The inspiration for my first album Born To Do It came from experiences growing up in this special city.
We have our fair share of challenges, especially now, but we who have been born and brought up here, and those who come from all parts of the world to make Southampton home, know how brilliant this city is at supporting each other and raising one another up during difficult times. Our future is not yet written. So I say to everyone in Southampton ‘join in’, and I say to everyone else ‘join us – choose Southampton’."

Born in Southampton to Mauritian parents, Shelina Permalloo is a talented TV chef, author and now Bid Ambassador. After being crowned Masterchef champion, Shelina could have picked anywhere to open up her restaurant. And she chose to come home, to Southampton.

"I am so proud to be one of the Ambassadors for Southampton City of Culture bid.
Southampton is a beautiful city. I have such fond memories growing up. I remember the green spaces. I remember the playgrounds, I remember all my friends who come from such different backgrounds.
With this bid, I think we're going to be able to get lots of hard to reach communities. And in doing that, harnessing everyone’s own abilities, their own creativity, thinking about how they in turn can make their city home as well. And if we won the bid, I think, collectively, that voice will be a shared voice of success, a shared voice of making Southampton our home.
Funnily enough, when I won Master Chef, in all the press interviews, everyone was saying ‘Oh, so you’re from London’. I said “No, correction, I’m from Southampton’. And I made it a real point that I’m of Mauritian heritage but I’m from Southampton. I feel if we can all get behind it, we can certainly win the bid."

And last but not least, the brilliant Lawrie McMenemy MBE honoured us by agreeing to be one of our Bid Ambassadors. A legend amongst Southampton fans, Sir Lawrie led Southampton FC victory against Man United in the 1976 FA Cup final. He tells us what Southampton and Southampton Football Club mean to him.

"Southampton, everybody in the world has heard the name.
Let’s show it off more.
We have the biggest liners in the world come in here. People come in. They like it here. They stay here.
I’m from the North. When I was offered the job, I took it. And that was 1973. And we fell in love with it very, very early on.
When we won the FA Cup, people in football couldn't believe it. Because we were a second division team at the time. We were playing Manchester United, one of the biggest clubs in the world.
I think it will be remembered forever if we get the City of Culture. This town has done everything right to deserve it.
I liken it to the FA Cup, that went fantastically well. When we won the FA Cup, everybody came out.
And I think this sort of thing will happen for the City of Culture as well. The whole area will want everybody to know what a good city this is.
City of Culture. Let's do it."

More information can be found on the Southampton2025 website

The Best Artsy Spots in Southampton

The Best Artsy Spots in Southampton