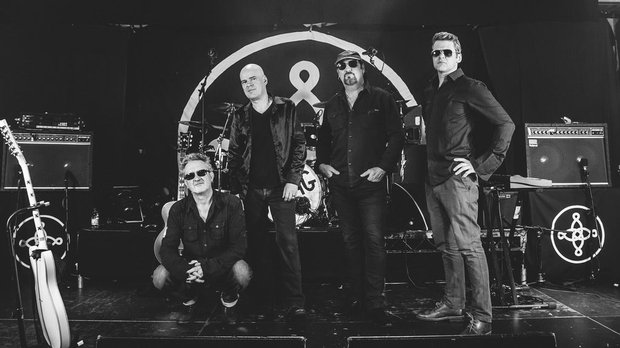 The Mission are the definitive gothic rock band. Dark, brooding and wildly exciting. The band found fame all over the globe after they quickly established themselves as one of the most exciting live bands of all time.

Formally known as The Sisterhood, the band was first started by front Wayne Hussey and bassist Craig Adams after leaving Sisters Of Mercy in 1986. The band’s original line up saw them join up with Simon Hinkler on guitar and drummer Mick Brown - now replaced by the superbly talent Mike Kelly.

The band remain highly influential having sold more than 4 million records including their nine main albums: God's Own Medicine, Children, Carved in Sand, Masque, Neverland, Blue, Aura, God is a Bullet, The Brightest Light and Another Fall From Grace which was released in 2016.