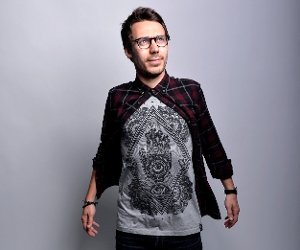 Nathan Eagle is an engaging storyteller who can win over and take any crowd with him as he explores growing up working class; life as a care home nurse, and even showing off his surprisingly gymnastic party trick.
Nathan quickly established himself as one of the most exciting comedy prospects in the country fairly early in his comedy career. He is a unique firecracker of a performer, and an unmissable addition to any comedy lineup.

Fiona Ridgewell has won a number of stand up comedy competitions including ‘The Blackout’ at Up The Creek (five times), and Beat The Gong at the Comedy Store London. In 2020, Fiona was a finalist in the prestigious Funny Women comedy competition.
Fiona makes her observations with a skewed view of her life experiences; still looking to achieve a fairy-tale life.

Duncan Adam has been making waves on the South Coast comedy circuit for the last few years now, and is making a name for himself with his sharp writing and engaging anecdotes.
From life isolated in the Scottish countryside to lighter topics like teaching children about death, Duncan injects all his routines with a brilliantly dry wit that audiences love.