Online Talk with Dr Tom Slevin: Art, Science and Technology - The Discovery of X-rays and its Culture 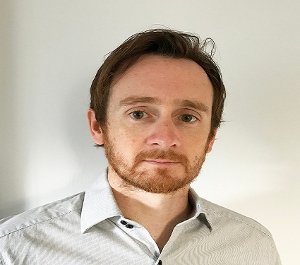 The discovery of the ‘X-ray’ had profoundly significant effects upon modern culture; it pushed the boundaries of science and medicine, operated as spectacle for public entertainment, nourished beliefs in the paranormal and provided a subject through which printed media could raise emerging modern social and ethical issues. The fascination with X-rays has been described as a ‘mania [that] swept the West’. At least forty-nine books and 1,044 scientific essays on the subject appeared in the first year of its discovery. Whilst X-radiation generated incredible cultural and scientific fascination, it was also enveloped into other media, from writing and literature to film and painting. This talk will consider some examples of the cultural and artistic forms that this new discovery took and what they had to say about it.

Dr Tom Slevin is a Senior Lecturer at Solent University. Tom has published numerous works around the themes of modern visual culture, photography, critical theory, the European artistic avant-garde, the philosophy of technology and bodily representation.

Clear instructions and details for how to log in to this talk will be emailed on purchase. Tickets are required for each device being used to access the event. Tickets are non-refundable, unless the event is cancelled by the organiser.