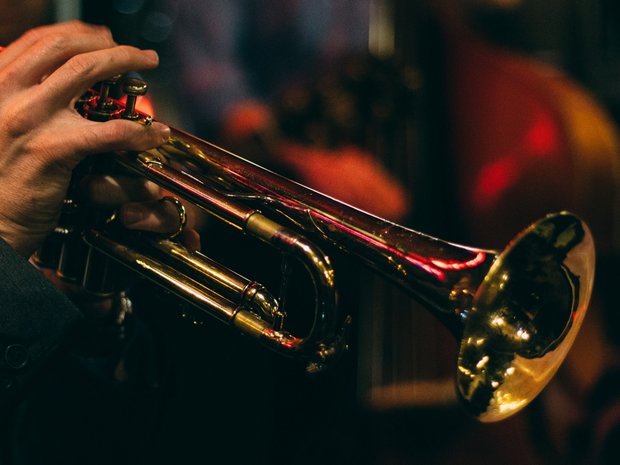 Raffine, will explore the music of John Mayer's Indo-Jazz Fusions, who were the first to successfully bring together jazz, classical and Indian musicians. The band had structures and sonic patterns of Indian music, used as a framework for jazz musicians to improvise on. In effect, treating the raga concept as a modal framework, taking into account ascending and descending scales, characteristic phrases and so on.

This concert by Raffine which is divided into two parts will also include some new pieces drawing elements from Indian music to be played by some of the top improvisers in the UK.

Jonathan Mayer has earned a high reputation as a concert sitarist and composer. His training in North Indian Hindustani and western music sees his musical output in composition and as a performer balance between the two cultures naturally.

Xhosa Cole: Winner of the 2018 BBC Young Jazz Musician of the year, Xhosa Cole is an embodiment of the success of numerous community arts programmes in Birmingham including the Midland Youth Jazz Orchestra, Jazzlines Ensemble and Birmingham Music Service. Having grown up in Handsworth and first played the Tenor at Andy Hamilton's Ladywood Community Music School, he's now among a long legacy of Birmingham Saxophonists including Soweto Kinch and Shabaka Hutchings. Xhosa has performed twice at the BBC Proms, Composed music for the Ripieno Players, a Birmingham Based String Orchestra, recorded saxophone for Mahalia’s debut album ‘Love and Compromise’, completed a 22 date UK tour, all along side his studies as a scholar at Trinity Laban Conservatoire. Xhosa Also received the Parliamentary Jazz Award for ‘Best Newcomer’ in 2019 and Jazz FM 'Breakthrough act of the year'.

Steve Tromans: Pianist and composer Steve Tromans has been active on the UK music scene since the late 1990s. He has given over 6,000 performances at a national and international level, with his own bands and as a member of many other ensembles including John Mayer’s Indo-Jazz Fusions and the Surge Orchestra. As a composer, Tromans has written more than 100 works in jazz and improvised music. His recent solo album, THE WAY, was released to critical acclaim on FMR Records in 2021.

Mitel Purohit is currently one of the most sought after Tabla percussionists in the UK.
His rigorous training in the Benaras style of Tabla twinned with his passion for world music, are evident in his expression and versatility. Accompanying the likes of Jagjit Singh, Rahat Fateh Ali Khan and Pandits Rajan Sajan Mishra and performing at the personal invitation of the legendary Sir Paul McCartney, Mitel's diary reads likes a who's who of musical glitterati!

Frank Moon - Multi instrumentalist and composer Frank moon has toured with artists such as Cerys Matthews, the Urban Folk Quartet and The Destroyers, plus many ensembles in genres from jazz and folk to hip hop, gamelan, African funk and Mediaeval music. His oud playing features in several Hollywood films. His compositions for dance and theatre have been performed across the world, and include orchestral scores for The Royal Ballet and San Francisco Ballet, plus scores for the Royal Opera House, The Joyce Theatre New York, Shakespeare’s Globe, Burgtheater Vienna, Ballet Moscow, and Saegerstrom Center California. In 2021 he was nominated for Outstanding Creative Contribution at the Critic’s Circle National Dance Awards​, for his scores for dance.

1 hour and 50 minutes including an interval
12+