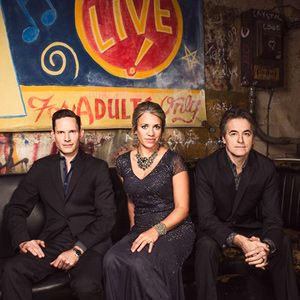 Something magical happens when the sultry hot jazz made famous by Django Reinhardt and Stephane Grappelli meets the hard-driving Western swing sound pioneered by Bob Wills and early string bands of the American Southwest. The ear-catching result of this surprising marriage is the Hot Club of Cowtown, the effervescent Austin-based trio beloved for more than two decades by devoted fans across the United States and around the world.

Romantic and rhythmic, happy-making and heart-breaking, sophisticated and elegant while still down-to-earth and rugged, the Hot Club of Cowtown now returns with its much-anticipated eleventh album, an enticing new collection of original compositions (plus a few inspired standards).