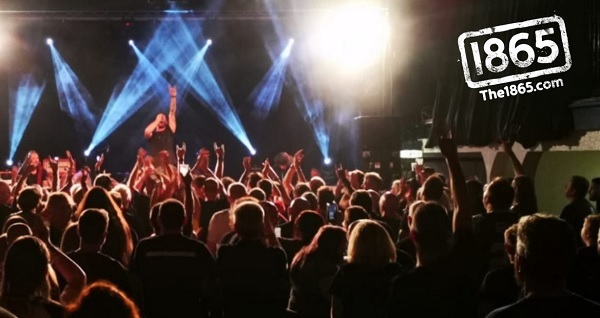 HeKz
“Think Queen having a barney with Dream Theater as Rush and Iron Maiden duke it out on the sidelines!” – PROG Magazine

Drawing influence in equal parts from heavy metal legends and prog rock luminaries, HeKz seek to take the original progressive metal blueprint and rewrite it for themselves. Their debut album *Tabula Rasa* laid a firm foundation, and now follow up effort *Caerus* sees the band striving to fuse the two contrasting elements of their sound to produce something truly unique.

The cornerstones of the band’s sound; the commanding vocal delivery of Matt Young and the characteristic twin guitars of Al Beveridge and Tom Smith are augmented by James Messenger’s swirling synths and chunky Hammond, all kept in line by the tasteful and sometimes daring drumming of Kirk Brandham. As ever, the song is king and the band never veer into self-indulgence but rathermore merge virtuosic passages with fist-pumping melodies and a dramatic storytelling sensibility. With their third album *Invicta* the band presents a more homogenised sound – combining the best of what has come before and taking it forward into exciting and unexplored territory.

“If you had any doubt about the current state of health of the British progressive metal scene, let these guys reassure you: HeKz is one of the most promising bands on the scene!” -ProgMetalZone

Drawing influences from both classic rock and progressive rock genres the group is gathering speed on the rock circuit and are currently writing for their debut album and plan to tour in support of it.