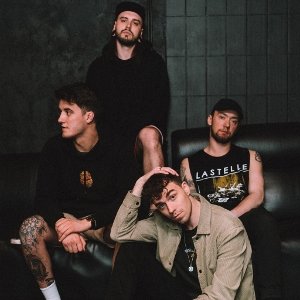 Following on from recent tours supporting Our Hollow Our Home, & As December Falls, Cardiff alternative rock outfit Glass Heart return to Southampton, this time for their EP release tour.
With support from Lightwave and Crushed By Waves.
---
Hailing from South Wales, Glass Heart have been super proactive since their inception in 2019 with new music releases, gaining a dedicated fanbase across the UK and impressing with their live shows.
Having previously played with bands like Holding Absences and As It Is, and appearing at Holloween 2021, and following the band’s most recent appearances with As December Falls on their sold out UK run in February, along with their recent UK dates with THECITYISOURS in March, several new singles over the coming months, we’re very confident these shows will do well.
Born from the ashes of Griever, female fronted Pop Metallers Lightwave have had a lot of attention since their first single release in October 2021, racking up over 130,000 Youtube views on their first 2 videos and 20,000+ streams on DSPs.
Since releasing their debut single ‘Ceiling’ in late 2020, the fiercely ambitious Crushed By Waves have gained a growing fanbase as well as the attention of industry, with the first five singles receiving playlist support from Spotify and Amazon, as well as Radio plays on Kerrang! Radio and Planet Rock